There’s something about those four words that mean so much.

To see people of all genders and races see someone they can identify with, as a way of saying, “You can do this, too,” means more than I can write.

Thinking of all the kids that dressed like her for Halloween, those looking at their television seeing a Black and South Asian woman enter the White House is breathtaking.

Representation is more than a doll or any other toy you get on Christmas day (though very important), your skin color or seeing someone who identifies as a different gender portray or be seen as something outside the norm. Representation gives hope. It gives that nudge to keep going even when you want to give up. When the naysayers it isn’t so, representation says it is.

And so you keep going and keep pushing because if they can do it, you can too.

When I think about the past week, which feels like 2 years, I feel a sense of hope. I look at people like Stacey Abrams, who took her unfair defeat for governor of Georgia and used it to help Georgia turn Blue, by making sure 800,000 people were registered

And speaking of Georgia, there is a critical senate race happening in January. If (when) we get both Jon Ossoff and Rev. Raphael Warnock Senate we will have a Democratic-run House, Senate, AND presidency, which means things can actually get done after four years of…well hell.

Whether or not you live in Georgia you can help:

What’s next is to be determined. Right now the toddler-in-chief is throwing the biggest and probably the most expensive tantrum ever in the middle of a pandemic.

Wear a damn mask everywhere you go, folks. This is real.

Vote, Dangit.
My Body, My Enemy 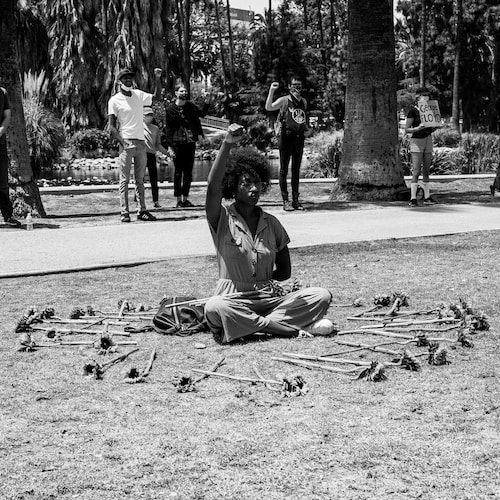 Stages of Grief, But Not